Just when I thought it was safe to dip into the turbulent waters of the topic of spelling in this blog, I have been pulled up short. I started with an idea and found myself confronted.

English is a very accommodating language, sponge-like, having collected, absorbed and adapted words and terms since its beginnings. English spelling is a marvellous, constantly evolving agglomeration of representations of the sounds of our speech, in order to make our written communication comprehensible. Teachers mostly love spelling that follows what they believe are the standard conventions.

It was the ‘sounds of our speech’ that interested me at the beginning of this blog. How is it that writers in English can spell words the same way, and pronounce them so differently? How is it that those sounds of English speech can be represented in so many ways?

Despite there being just 26 letters in the English language there are approximately 44 unique sounds, also known as phonemes. Various letters and letter combinations known as graphemes are used to represent the sounds.

Note that there is no such thing as a definitive list of phonemes because of accents, dialects and the evolution of language itself.

English spelling has major variations in letter-sound correspondence. There are few ‘set and forget’ ‘rules’ of spelling, and every spelling convention has exceptions. There are major reasons for this.

‘Borrowed’ words from other languages, with different spellings, sounds, and meanings: 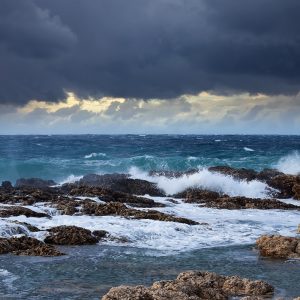 Dictionary writers in all their authority, have been inconsistent since the 1600s. Grammarians have ascribed inaccurate etymological bases for words, for example, island. The word itself derives from both Middle and Old English. In the 15th century the spelling was modified after being incorrectly associated with an Old French word, which itself derived from the Latin. (This is widely known, and you can find a description of this inaccuracy in Wikipedia). Some of the differences are described in the information at the English Spelling Society’s webpage.

Variations in ‘English’: As English speakers travelled and moved to different parts of the world, they developed their own versions of the language. In the US, Noah Webster produced an American form of English, using both sound etymology and common usage in his influential 1828 American dictionary. The Macquarie is the dictionary of Australian words, first published in 1981. Each of these contained words that had not previously been included in a dictionary of the ‘English’ language. Canada, the Republic of South Africa and Australia, like most predominantly English-speaking countries, now have their own version of ‘standard English’.

Changing speech and language use patterns. Sometimes letters in words are no longer pronounced, but the spelling has remained. Sometimes the spellings are approximations for the sounds of dialects or other languages, such as the ‘-ough’ spelling. New spellings can be created, based on local usage. We also have the influence of advertising and the only vague nod that the industry gives to spelling conventions. The onslaught of social media, texting and online capacity for linguistic creativity provides a wealth of actual and potential changes in language use. Online versions of some dictionaries give an indication of the rapid changes occurring in the language we use every day. One example is that new terms vie for the honour (?) of being named ‘Word of the Year’. Macquarie’s 2018 winner was ‘Me too’. 2017’s was ‘Milkshake duck’ (still a new one for me). The 2019 winner will be announced soon.

Intentions and learning about letter-sound correspondences and history

I wanted to focus on the ways that spelling conventions, as well as words, change over time, by using as an example the shift from ‘-ize’ to ‘-ise’ at the end of words such as realise.

Easy, I thought. This is one that has happened since I first made the meaning connection between ‘real’ and ‘realize’, in about Year 4 (note then Year 4 spelling). I have relished the perceived spelling shift to ‘ise’ as an example of this living, breathing language.  I made the change many years ago and have since walked on that high ground of knowing I was modern and flexible with my understanding of spelling. I like the shape, the symmetry of realise, and have happily removed ‘-ize’ from my writing. Of course I knew that many people still clung to the ‘old-fashioned’ and/or American form of the word. I accommodated this, but only just.

As I prepared my ‘I was there’ thoughts, I came across an article titled, It’s time to recognize and internalize the US suffix ‘ize’ by Robert Nelson from Monash University (The Conversation, 2013). Suddenly, my ‘high ground’ became pretty shaky.

I wasn’t going to give Mr. Nelson much credibility at the start because of the image used to illustrate his article. THAT convention should read

Then I read the article and discovered that the ‘-ize’ spelling has a currennt legitimacy and credibility.

Mr. Nelson describes how the use of the ‘-ize’ spelling should apply to particular words derived from Latin and Greek. It’s to do with the making of something, and whether there is a smaller word that the extended form is built on – yes, my Year 4 understanding of making something ‘real’. That gives us realize, apologize and categorize.

The suffix ize should be used for verbs that connote transformation; when something is turned into something else or grows or becomes something. Usually, you can recognise the form whenever there is a simpler version of the word that pre-exists.

But not compromise. The ‘-ise’ is necessary in words like surprise, excise, and revise:

If you cannot see either (a) the process of transformation or becoming or (b) a simpler word inside the longer form, the correct suffix is ise. …

Such Latin words take their s from a kind of past participle of verbs for “take” or “see” or “cut”.

So much to learn!

I am confronted, and at a loss as to my next spelling step. Do I take Mr. Nelson’s assertions as the truth or will I investigate further? (After all, he does have that ‘weird’ image as the illustration to his article). Do I adopt the more etymologically accurate realization or recognizable? Am I sure enough to try this new knowledge with pedantic colleagues? While I now understand the difference, will I apply it? Is it important enough to continue with this thought even though the sound is the same?

The zeal to iron out a logical diversity and to impose a single suffix indicates insecurity. It’s a failure to understand the marvellous organic treasury of semantic traditions that language represents.

That’s some of the fun of English, actually.

The spelling of words in English is not random and chaotic: it’s a fascinating treasure hunt that lays bare the history of the language

An excellent explanation of some of Noah Webster’s spelling alterations made for his American dictionaries, which are still in use, is at: https://www.merriam-webster.com/words-at-play/noah-websters-spelling-wins-and-fails/its-not-if-you-win-or-lose-but-how-you-spell-the-words

A brief history of English spelling by the ‘English Spelling Society’ can be found at http://www.spellingsociety.org/history#/page/1

The orthography and fascinating historical considerations of the spelling of ‘-ough’ are presented at https://en.wikipedia.org/wiki/Ough_%28orthography%29

Student versions of the Macquarie dictionary are available through Jacaranda at https://www.jacaranda.com.au/macquarie-dictionary/

Adoniou (2016) Spelling it Out: How words work & how to teach them UK: Cambridge University Press

The Reading Well at https://www.dyslexia-reading-well.com/44-phonemes-in-english.html accessed 30/11/2019

Annette Gray is a literacy consultant and adviser. She has many years’ successful teaching experience in classrooms K-10 across Australia and in international settings.